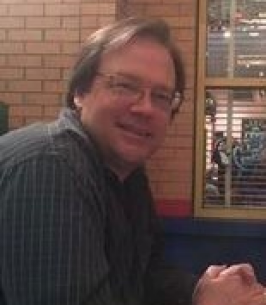 At an early age the pediatrician discovered he had amblyopia or “lazy eye” which could not be corrected so he was almost blind in one eye for the rest of his life. He learned to compensate well, and most people were unaware that he mostly saw out of one eye.

Mark was active at Central Christian Church as a child and teenager. Like so many he enjoyed camp in Athens and served as a counselor when needed. He also sang in the youth choir musical Lightshine and participated in the Chancel Choir.

Mark was an eager learner making straight A’s throughout school. At age 13 he was chosen to attend the Gifted Students Institute at Indiana University for a three-week program. In high school, he was President of the National Honor Society and graduated third in his class. He gave a prayer at graduation that his beloved grandfather “Preacher Papa” helped him write. Mark attended UT-Arlington and earned a Bachelor of Business Administration with honors and continued his studies at the University of Dallas with a Master’s Degree in Management Information Systems. He valued the blessing of intelligence and refused to contaminate his brain with tobacco, alcohol or drugs. He was intolerant of foolish folks who did.

In his career, Mark specialized in Data Warehousing, Data Modeling, and Supply Chain Management for many companies and industries. He enjoyed a challenge and loved teaching others. He was patient and thoughtful as he worked with beginners in computers or on the jobs.

ASK MARK…..was heard often whenever we needed to know anything about anything! He was so knowledgeable and interested in so many things, especially scientific developments, and movies. He loved many kinds of movies, including action adventure, animated, Star Wars and Star Trek, and James Bond among many others. He also enjoyed watching TV, especially America’s Funniest Home Videos, Hogan’s Heroes, Red Dwarf, Doctor Who, and Formula 1 racing. He was acutely aware of the tastes of others and often suggested shows he thought they’d enjoy. Almost every time he was correct.

He was an avid Dallas Cowboys fan. We all believed he bled silver and blue. When he was younger, he played baseball and football, but his greatest love was volleyball. He played on the church league at Central Christian Church and organized a team for Rush Creek Christian Church. He continued playing non-league volleyball with a group of friends that gathered a few times a week to play. He loved to retell some of his greatest plays! When he could no longer play volleyball, he still frequently watched games on TV. Mark always enjoyed snow skiing and made trips to Colorado and New Mexico with family and church youth.

He was a history buff and was particularly interested in WWII. He knew about battles and equipment, especially airplanes. He loved planes so much he always wanted to learn to fly and eventually own his own plane. He had eclectic tastes in music as an adult, but primarily listened to bluegrass (especially Allison Krauss) and pop/rock groups from the 70’s and 80’s. As a child, he liked to sing at church and for family. His first solo (at age 3) was in Tiny Star sung at Christmas at Hillside Christian Church. Later he sang Frosty the Snowman while his brother, dressed as a snowman, danced and “melted” at the front door of his grandparents’ home in Shreveport.

Mark was competitive and hated to lose. But he was always ready to try again. Some of his favorite games were Risk, chess, and 42 Dominos.

Mark was preceded in death by his grandparents A.G. and Roxie Williams, Howard and Evelyn Johnson, and Roy and Zilla Cook.

Survivors who will keep his memory alive are his father Wayne Williams; his mother and stepfather Jeanne and Jack Cook; his brother Glenn Williams; his long-time companion Melody Bethany; his aunts Juanita Hall, Barbara Thibodeaux, and Zeldajean Byrd; and five cousins.

This obituary is protected by copyright by Skyvue Funeral Home. Proudly Serving the Communities of Mansfield, Burleson, Arlington, Venus, Alvarado, Crowley, Fort Worth, Cleburne, Dallas, Grand Prairie, Godley and many more. Skyvue Funeral Home is located in the state of Texas, United States.

All rights reserved. This obituary is also archived at obittree.com